This was the final of the three churches I visited on 17th July 2017. St. Margarets parish is near Clodock – it took around 20 minutes to drive there via winding narrow country lanes – and is a beautiful small two-cell church. The main reason for visiting was the ‘deliciously carved’ rood screen/loft¹. As with the previous blogs in this series, the remainder of this blog is focused on a few of the photographs that I took that day, with some explanatory text beneath each one.

If you’d like to visit St Margaret’s church, then more information can be found here. 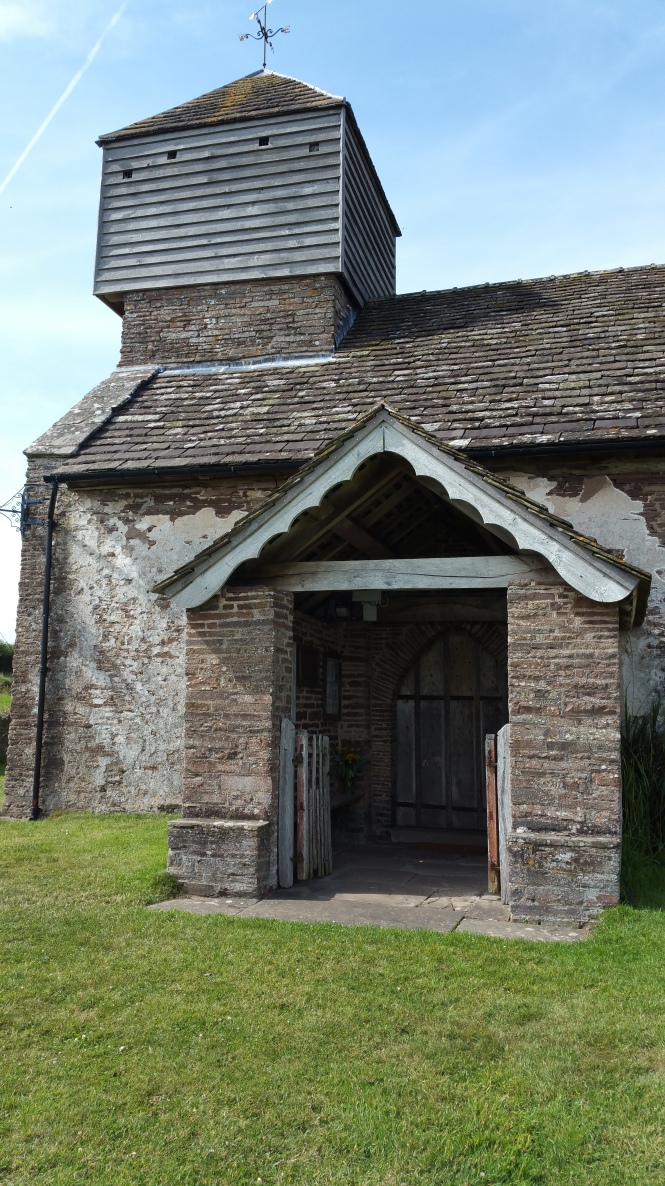 The Rood Loft in question. Built around 1520, it would originally have supported a rood (crucifix), and two statues – usually of the Virgin Mary and St. John. The crucifix and statues would have been removed at some point between the beginning of the reformation and the civil war; it is a surprise that the loft itself survived (many did not).

The space where the vase of flowers now stands is where the statues supporting the rood (Virgin or St. John) would once have stood.

Detail of the tracery

There are three ‘faces’ in the ‘bosses’ in the soffit (underside) of the loft – this is one of them. 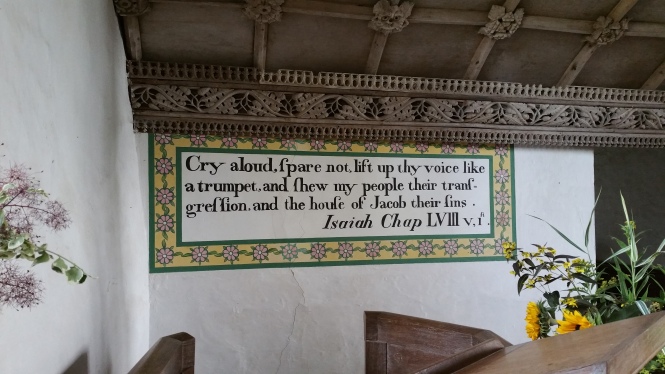 These wall paintings date from the eighteenth century, restored in 1974. As with the decalogue at St Clydawg, the vividity of them hint at how medieval wall paintings might have once appeared.

More eighteenth century paintings. I particularly like the last exhortation!

Inside the chancel, this is the doorway and steps leading up to the rood loft. Sadly, it was locked, but I am going to contact the church wardens in the hope of being allowed to see up there!

Communion rails and chairs: all dating from the seventeenth century. The altar/communion table is not dated, but is made of wood. 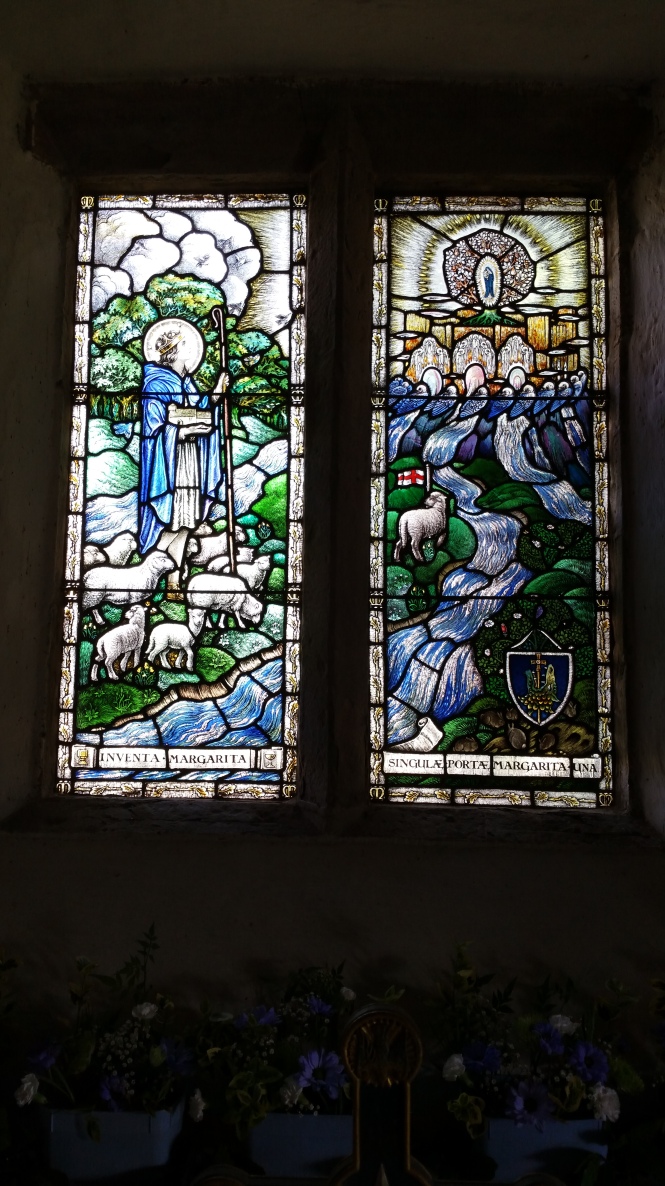 St Margaret as a shepherdess; an Arts and Craft style window dating to 1926 by Archibald John Davies.

The church also apparently holds (but I did not see) a parish chest dated 1650; an Elizabethan silver chalice and a cover-paten, hallmarked 1618; and a Jacobean pewter tankard with a cover. Sadly I ran out of time to give this church the full attention it deserves; a return visit is on the cards!

Textual information detail taken from either the church guide book, by B. Butcher and J.W Tonkin (2008); or A. Brooks & N. Pevsner, The Buildings of England: Herefordshire (2012, Yale University Press, New Haven and London), pp. 71-78.